The 3 Keys To Live Video Mastery

3 Keys To Live Video Mastery: this eJw1jl1PgzAUhv9LL7xCKmxsQrIYF2ZCkHmBW7IrUtsDVvtB2jJky_67JcbL8755nvdcEdXKgXKNm3pAGXpGAeLKOqIoNJyhLI6TOF0vHgNEB-u0HCyYv2IVrZZJHCBCqR684T9M1w8BajkI1igiZ2nLBXjv90hMZ1F2RYMRPv50rrcZxuM4hp3WnQDScxtSLTEz_Az4HOMZtTgq-Wn3cyxNGrEyERG95OJDfokhn17o-lIVT0S4jQTGyZ3Vg6GwYXpUQhN28FMBctyJ-ZOq2Ofbt_y0PdTFflfX94sSJvuuX_3ckTPQFbEOzBTKfumxVhtJnOfm83b7BRwOZWA:1lSBIP:OQYkoP7rqayf2YtsyC3dxtcOZGw video file was automatically transcribed by Sonix with the best speech-to-text algorithms. This transcript may contain errors.

Brian Kelly:
So here's the big question. How are entrepreneurs like us? Who have been hustling and struggling to make it to success. Who seem to make it one step forward only to fall two steps back. Work dedicated. Determined. And driven. How do we finally, breakthrough and win? That is the question. And this podcast will give you the answers. My name is Brian Kelly. And this is The MIND BODY BUSINESS Show. Hello, everyone, and welcome, welcome, welcome to The MIND BODY BUSINESS Show. Yes, indeed, we have another phenomenal, phenomenal show in store for you tonight. Hey, you know, if things happen. Our guest expert was unable to make it on tonight. And so, as they say, the show must go on. And I'll tell you what, I've got a phenomenal, phenomenal topic lined up that will help you to generate income for your business. And what I'm calling it is The 3 Keys to Live Video Show Mastery. That's right. And we'll get into that very, very soon. The MIND BODY BUSINESS Show. What is that all about? Well, it is a show that I had put together with you in mind, with entrepreneurs, with business people who are looking to take their business to the next level. No matter where you are currently. Whether you're just beginning, you're already crushing it and you're just looking to take it to another level. And what I do is I invite guest experts to come on the show who have achieved great levels of success and then interview them in a, in the purpose of getting their information, their secrets for how they became so successful, so that all you would need to do is simply take notes and then take action. And that is model what other successful people do, and that is your shortcut, shortcut to success. And model is just another fancy word for copy. And it's absolutely OK. In fact, you must, you must model other successful people if you wish to cut ten year - you know, a ten year climb down to, say, a three year climb. It is absolutely imperative. And there are so, so many successful business people and entrepreneurs that are so willing to help you and say, yes, please, here is my playbook, please model. Copy what I do. I will help you. And so it's perfectly OK. And it's imperative that you get that through and in your mindset now rather than later. And so here's the thing, why reinvent the wheel? It takes a long time to do it on our own, to go through trial and error. So why not lean on someone who's already been through it? Yes, that's right. And, this show is all about the three pillars of success. And those three pillars, you might have guessed, they are part of the very title of this show. Mind being mindset. The people that I follow, the people that I studied, that had achieved a great level of success had these three qualities, all three of them. It just, over and over and over these patterns kept developing. And I recognized that this is - these are the patterns of success for successful people. Mind being mindset, which is the key to a person had a very powerful and more importantly, very flexible mindset. And then there is body. Body is about, to a person, once again, they all took care, and take care, of their respective bodies. And that's true both exercise and through nutrition. That's eating well, drinking well and moving well. And then there's business that is multi, multi multifaceted. That includes things like marketing, sales, team building, systematizing leadership. I could go on and on. It's a huge list. And the thing is, these very successful people had mastered the skill sets that were necessary to build a thriving, not just build a thriving business, but also to continually grow it and continually improve it. The good news is no one person has to master every single skill set that is required to have a successful business. In fact, I would argue that it might be darn near impossible for any one human to do so because it takes a long time to master anything, any one thing to master. A multitude of them will take quite a long time. If you just master one, though, just one of the skill sets, in fact, I mentioned just a moment ago it was in that list, then, then you can achieve the level of success you want and you deserve. And that one skill set is the skill set of leadership. Once you've mastered that, you can then delegate to other folks who may not have, or who do have, the skill sets that you have not yet mastered. And when you're able to do that, and you're able to delegate and bring in other people to help, bring a team on, then you can succeed much faster. So that is The MIND BODY BUSINESS Show. Once again tonight our guest expert was unable to make it, but we are going forward. I've got a fantastic, a fantastic topic for you tonight. It's something that is right in my wheelhouse. It's called the three keys to Live Video Show Mastery. And we're going to get into it in just, just a few seconds here or maybe minutes. But, what I want to do is also alert you and let you know that successful people also - what I found to a person - were very voracious readers. Readers of books. And with that, I like to segway into a little segment, we are going to do real quick, that I affectionately call bookmarks,

Brian Kelly:
(music playing in background) Thank you for tuning in to The MIND BODY BUSINESS Show podcast at www.TheMindBodyBusinessShow.com. My name is Brian Kelly.

Sonix is the world’s most advanced automated transcription, translation, and subtitling platform. Fast, accurate, and affordable. 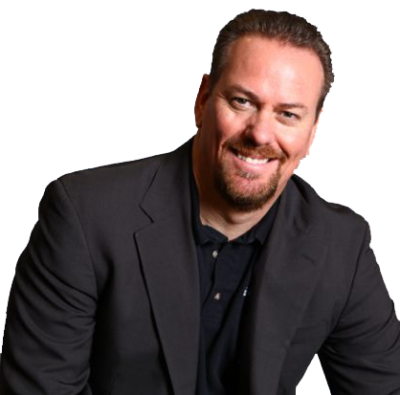 Going live with video is more than just taking out your phone and pressing the Go Live button ... much more.

It you want to learn how to produce High Quality Live Video shows ... shows that will lead to you making more money, then you'll want to listen to this episode.

Brian helps entrepreneurs and busy business professionals to achieve peak performance through Mind, Body, and Business. He hosts a weekly interview-style live show called The Mind Body Business Show that streams live to 7 platforms and then distributes the show to 25 podcast platforms, along with Roku and Amazon Fire TV. As a former Certified Personal Trainer, he now combines his knowledge of physical and mental fitness along with “business fitness,” giving entrepreneurs and business owners everything they need to succeed in both their personal and professional lives.